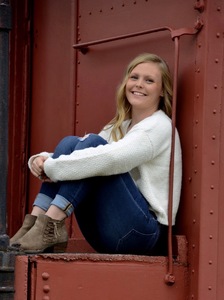 Liv just completed her freshman year swimming for the Bowling Green Falcons after her career with both the Cincinnati Aquatic Club & Indian Hill High School.  Liv swam for the Kenwood Crocodiles since she was 9 years old and considers the summer swim season one of her favorite times of year! This will be Liv’s fifth year as a coach for the Crocodiles. She is looking forward to another fantastic season of fun and fast swimming! Go Crocs! 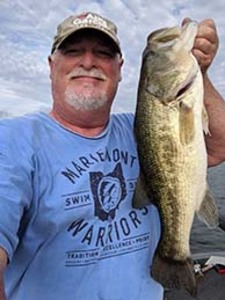 Ray started diving at age five at Miami Hills Swim Club. With the encouragement of his parents and watching his older siblings having fun on the 1 & 3-meter springboards, it set him on a course that has lasted a lifetime.

During those early years, Ray was motivated by the praise he received when he would learn a new skill or performed well. In his competitive age group competitions, Red or White ribbons just was not good enough -- Blue was his favorite ribbon color!

As the years went by, there was always one thing that was a consistent presence -- a mentoring coach. As Ray's summer club career was coming to an end, he was asked to become the team diving coach. That experience set into motion a life-long career of helping young people achieve their goals in this great and fun sport.

In the mid 1980"s Ray began working for the Indian Hill school system and shortly thereafter he became the school's diving coach, a position that he enjoyed for the next sixteen seasons. During those sixteen seasons Ray also shared his time with the diving teams of Mariemont H.S., while also working with other divers whose schools did not have diving teams or pools.

During the summer seasons, Ray has spent 20 years as the diving coach for the Anderson Hills Swim Club, and has had many divers who have won their league age group diving competitions. One of his highlights of coaching at Anderson was in the year 2000 when his team won the Greater Cincinnati Summer Club Diving Championships.

Since 2004 Ray has been lending his talents to the DIVE Cincinnati Program, and enjoys coaching divers of all ages and ability levels from the Tri-State area. The Sport of Diving has given Ray the chance to meet some of his diving heroes of his younger days including Greg Louganis, Micki King and Dr. Sammy Lee, as well as world and Olympic medallists from around the globe.

In 2013, Ray returned to coach at Indian Hill and Mariemont high schools. During both of his tenures Ray has ammast quite a record. 6 State Championships, 6 State Runner-ups, 17 Top Ten finishers and over 50 State Qualifiers. Not to mention 2 State Team Runner-ups with Indian Hill.

Ray is a Life Member of USA Diving and is U.S. Diving Safety Certified. In his spare time, Ray likes to spend his time at The Land Between the Lakes in Western Kentucky where you can usually find him with a fishing pole in his hand.

Will’s passion for swimming began as a Crocodile swimmer in the 8 and under age group. Since then, Will has competed for the past nine years as a year-round swimmer for Cincinnati Aquatic Club, with 3 years on the CAC National team. Will just finished his senior year at Indian Hill High School and was a High School State Meet finalist as a member of the Indian Hill swim team. Will is thrilled at the opportunity to be on-deck with the Crocs this summer to share his enthusiasm for all things swimming and is looking forward to an enriching, fun-filled season of fast swimming! GO CROCS!